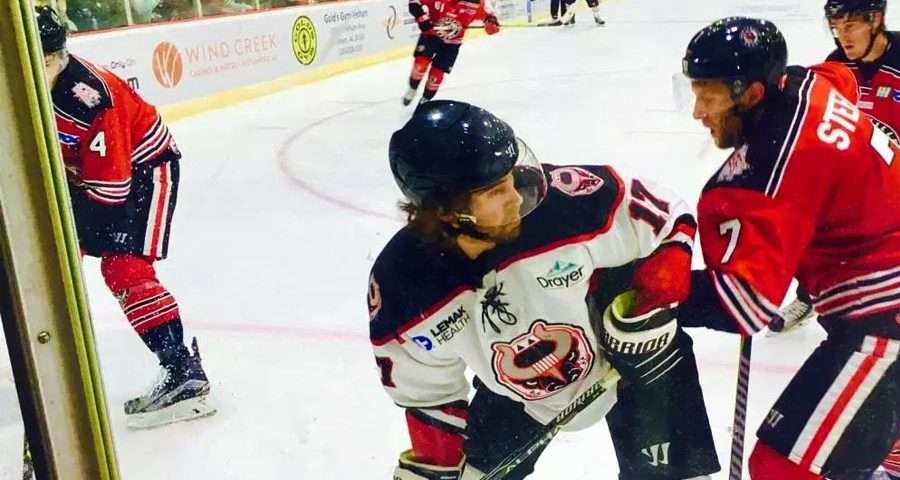 The Bulls will face defending champ Huntsville in the SPHL finals this week.

The Southern Professional Hockey League finals will be an all-Alabama series, as the Birmingham Bulls will face the Hunstville Havoc in the SPHL championship this week. The Bulls defeated the Roanoke Rail Yard Dogs two games to one in the semifinals over the weekend.

In just the team’s second year of existence, the Bulls finished the regular season in second place and advanced to their first SPHL finals series. The Havoc are the defending SPHL champions.

The Bulls season has been successful on several fronts. In addition to reaching the finals, Birmingham learned last week that coach Jamey Hicks was named the SPHL Coach of the Year, Josh Harris was named the SPHL Most Valuable Player, and Mavric Parks – who finished second behind Harris in MVP voting – was named SPHL Goaltender of the Year.

This site uses Akismet to reduce spam. Learn how your comment data is processed.